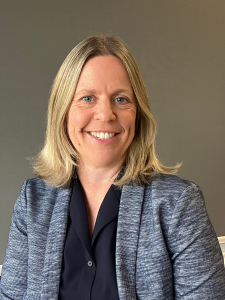 Michelle is a widely experienced and highly capable community leader and over her stellar 20+ year career has worked for the Australian Masters Games, Netball Victoria, Jump Media and the Department of Justice and Community Safety.  Michelle has also held many voluntary roles including Deputy Chair AFL Barwon and President of Bell Park Football & Netball Club.

Co-Chairs Matt Cowdell and Sarah Albon said Michelle brings the skills and expertise to lead Read the Play to a new level.  Michelle has deep passion which aligns with Read the Play’s mission to build confidence in young people to seek support for their mental health, and to connect mental health professionals to young people in community football and netball clubs.

“Our evidence based mental health literacy program has increased knowledge and awareness about mental health problems and has increased confidence and skills in guiding our youth to relevant support services and with Michelle’s passion & leadership we look forward to playing our role in providing education and encouraging help seeking behaviour to many communities across Australia,” they said.

Read the Play has assisted over 13,000 young people since 2017 delivering a free and evidenced based mental health literacy program to young people in football and netball clubs in the U15 and U17 divisions.